The Fascist Cinema is small and pretty.
Arranged on three floors, one of which is underground, it houses the memory of what must have been a fascist after-work.

Inside, the Fascist Cinema there is a theater complete with stalls and gallery, a cinema and a ballroom.
Like all after-work clubs, this too was a meeting point for friends and a place to spend happy hours.

The Fascist Cinema dates back to the late 1930s, built in the Fascist era and reflects the architecture of the period.
Around the mid-1940s it became Enal from after work, but continued its social function. 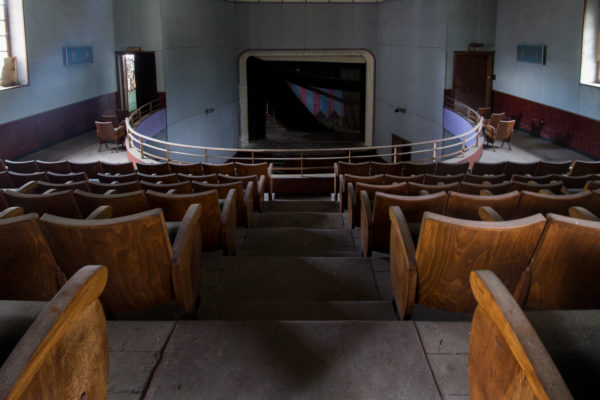 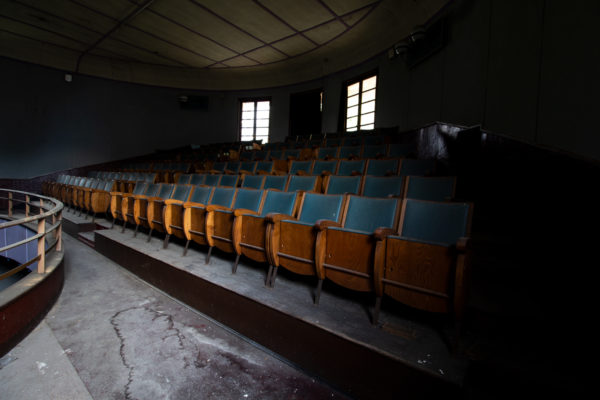 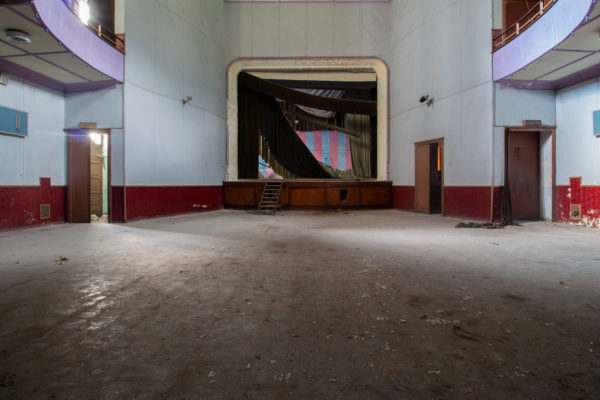 Many films that have made the history of cinema have been shown in its room and the original movie posters can be purchased online.
Turning around the structure, you will also find the movie files with hand-marked collection in beautiful handwriting dating back to the 1940s.
A true treasure trove of memories, but even if much loved by the locals, it closed its doors, not with a little sadness, in the 1980s.
We do not know what the cause of the closure is, but the advent of multiplexes has probably made its weight felt. 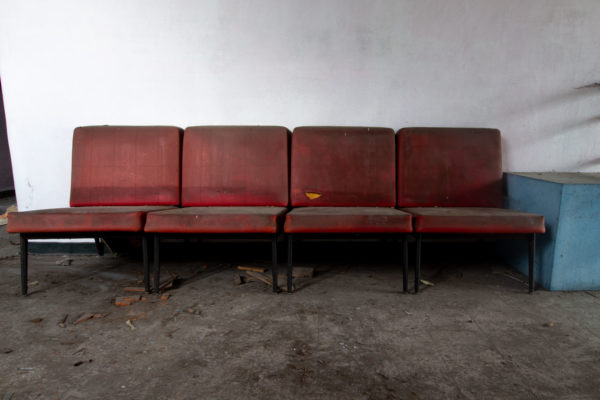 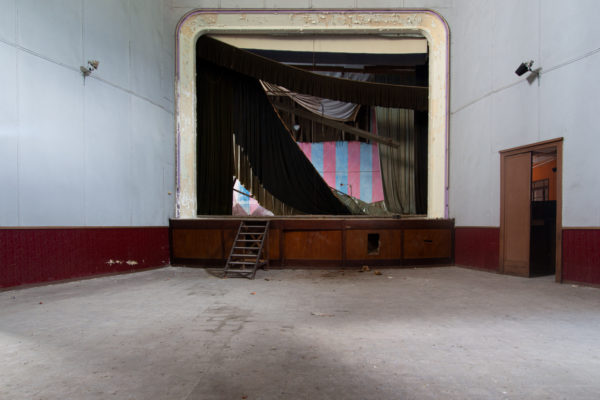 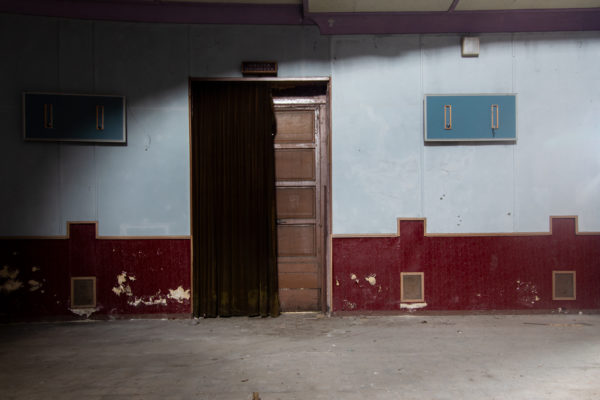 Inside, time has stopped.
The armchairs and stage are perfect, and if it weren’t for the broken curtain, it would just need a good clean.
Going down one floor there is the bar with the breakfast room and a piano to entertain guests.
Obviously, the iconic sign with the words cinema or coca cola could not be missing.
Dated magazines, posters, advertisements for products never known or that refer to childhood are scattered around in a disorderly manner. 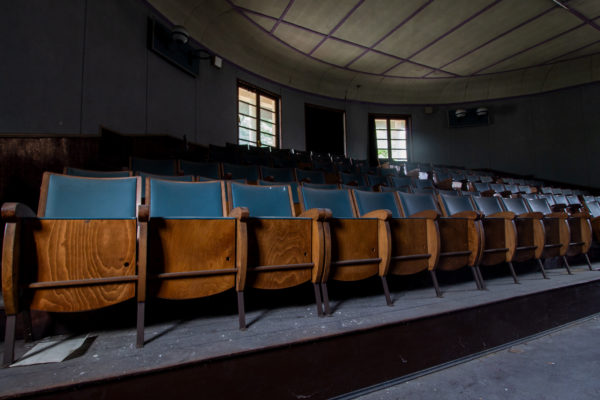 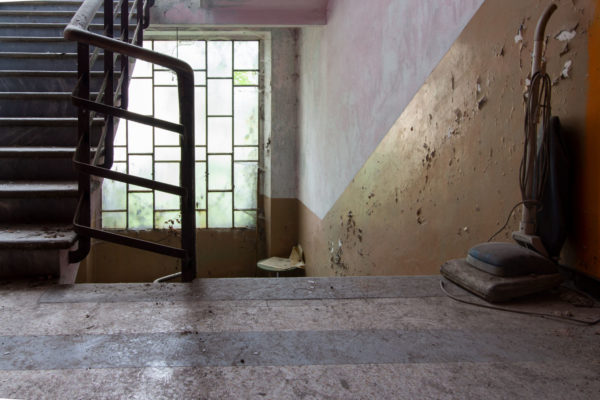 Its historic manager is also worth remembering by telling this story.
A gentleman who lovingly revived the Fascist Cinema and with his small bar animated many evenings in the small town and beyond.

Today the Fascist Cinema is at a standstill. Suspended. Visited only by the curious and nostalgic.
There is no project to redevelop the structure and it remains small among the houses.
Although it was put up for sale for 114 thousand euros, its poor state of preservation does not make it a good investment.
Like many structures in the area, it will remain abandoned until its demolition where, in addition to the rubble, a part of the history of a country and of Italian cinema will also be taken away.

If you love abandoned cinemas and theaters at this link you can see my explorations. 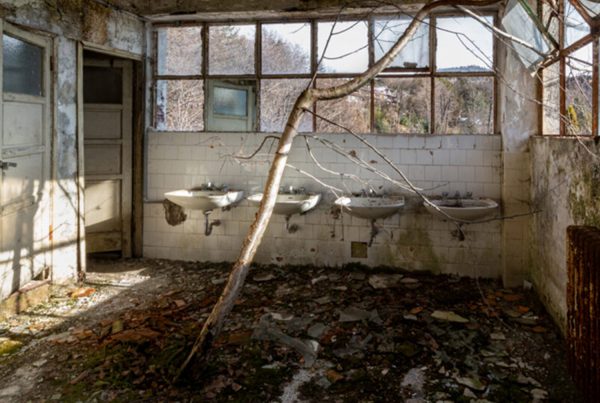 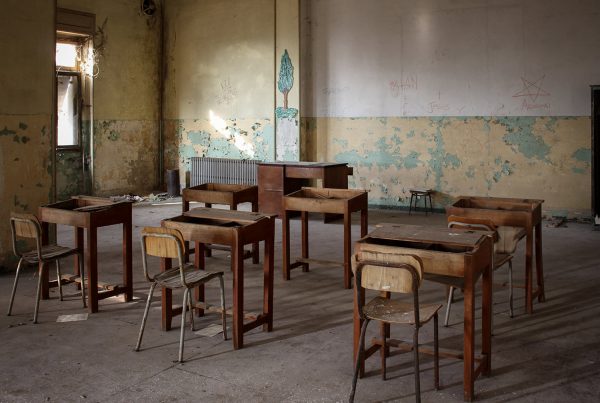 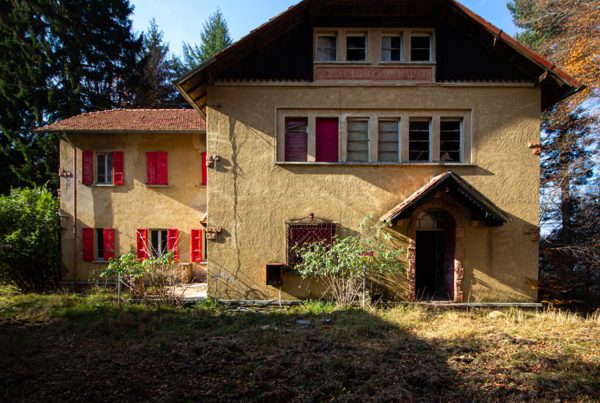 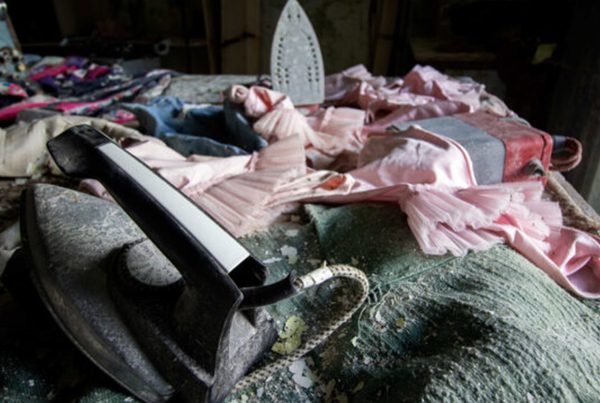