Built in 1932, the Mountain colony L. leaves you with an eerie feeling.

Maybe because it was intended for children or maybe ghost stories, but walking inside we look back.

This is a mountain colony and has changed various uses over the years.
Its construction began in 1932 and ended in 1937, becoming the property of the Fascist Mutuality Agency.

During the war, Nazi soldiers barricaded themselves inside the Mountain colony L. to escape the resistance, but after a few days they had to surrender. Fortunately without gunfights.

After the war it became the National Institute for Health Insurance in 1947, then replaced in 1977 by the National Health Service.

For many years it was used as a summer camp for children run by the nuns. 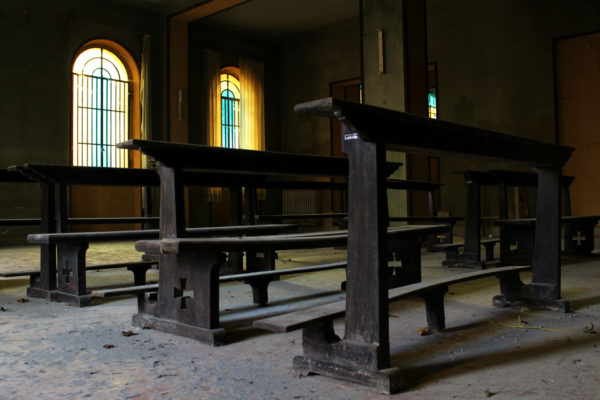 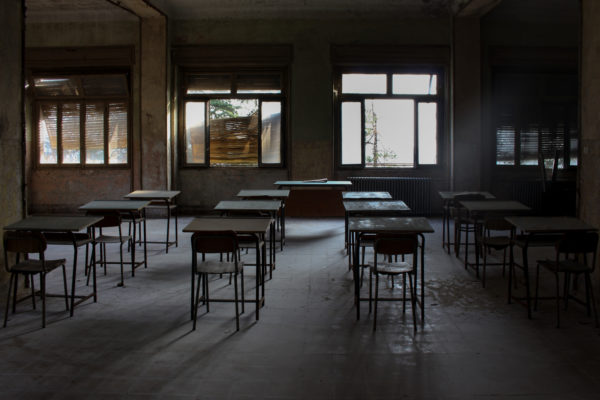 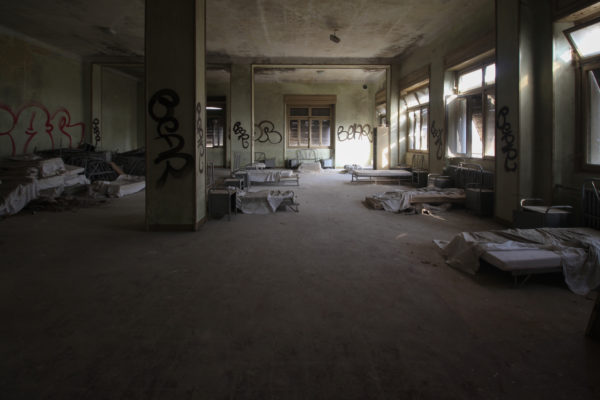 The presence of the younger guests can still be glimpsed.

Exploring the Mountain colony L. we find inside classrooms with well-ordered desks and registers on the chairs.
There is also a fairly large church that is still well preserved (at the time of the visit) with neat benches, curtains on the windows and the altar.

On the first floor there are the dormitories, where the beds with their locker and their small mattresses make us think of scary stories told between boys before going to sleep. 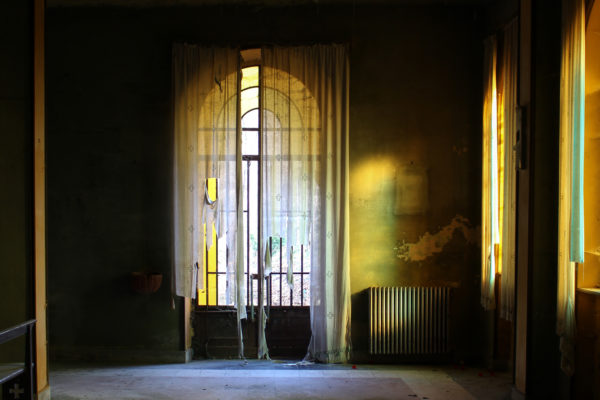 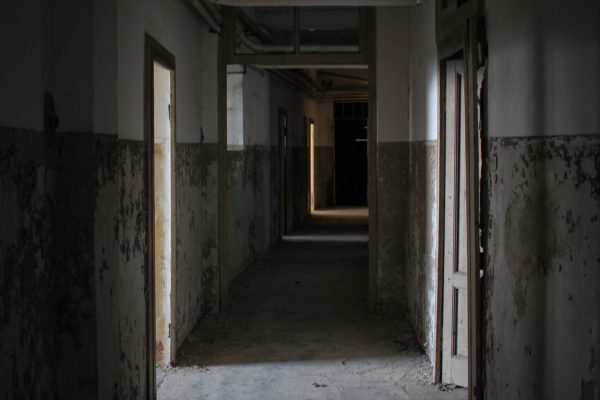 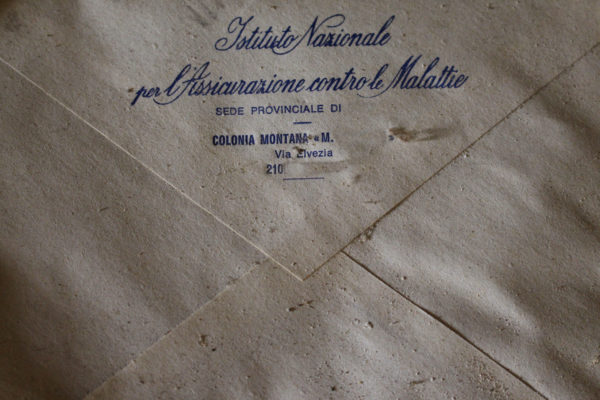 We also found two really distressing things inside this colony.
A square room with lots of showers that follow the edge of the wall and a room used as an outpatient clinic with a medical bed and display cabinets with drugs.

Everything inside has been waiting, recalling stories of youth and carefree past of the hot summer days. 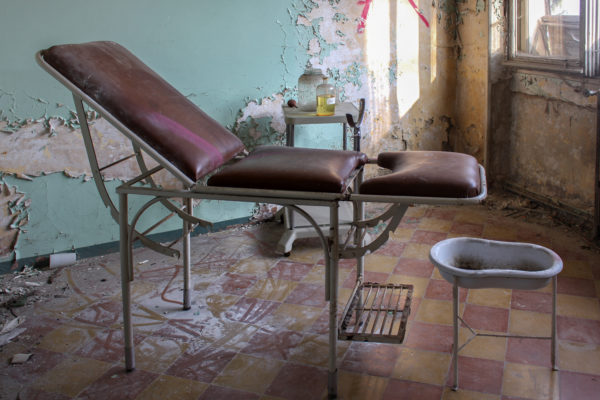 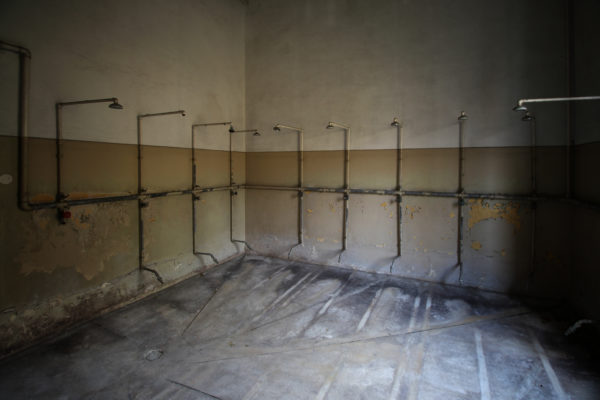 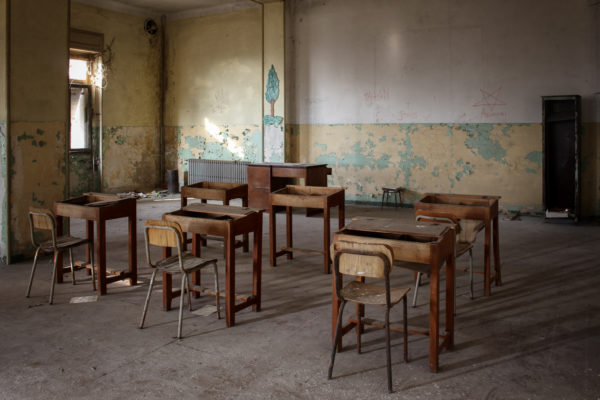 Mountain colony L. was abandoned in 1970.
But not only the structure was forgotten.
Inside there are still many documents such as medical records and registers of the children who have stayed there.
The kitchens were left full of dishes and appliances, perhaps at the time of the reusable closure.

In the 90s they presented a project for the construction of villas, but to date I would say that it has not been successful.

Thus the beautiful Mountain colony L. remains alone, in the borderland, watching the seasons go by and make it more and more fragile.

If you love abandoned colonies at this link you can see my explorations. 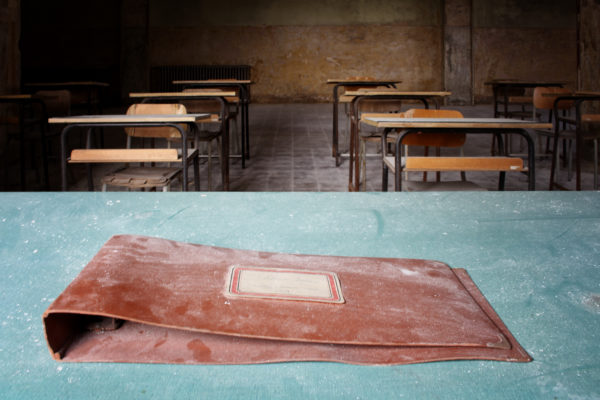 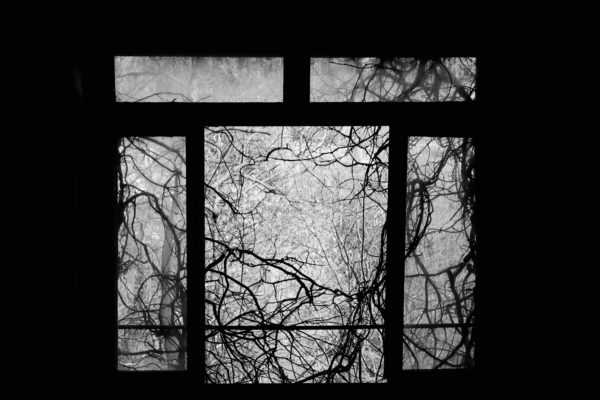 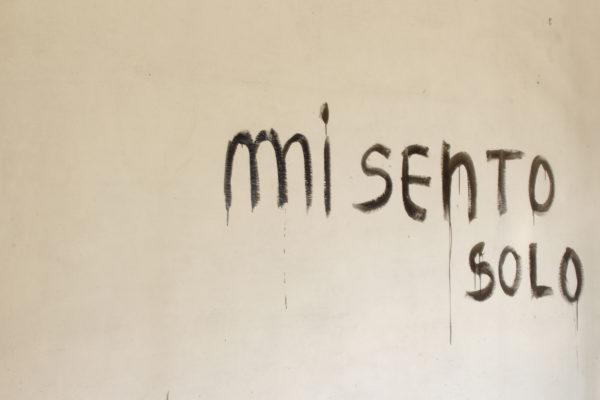 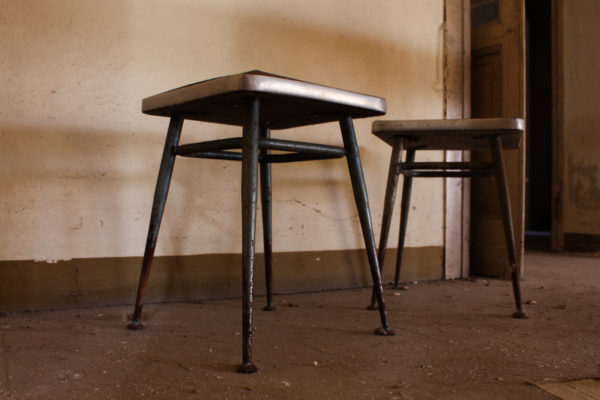 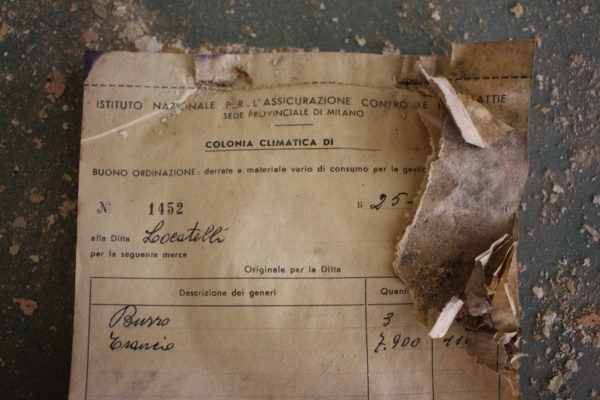 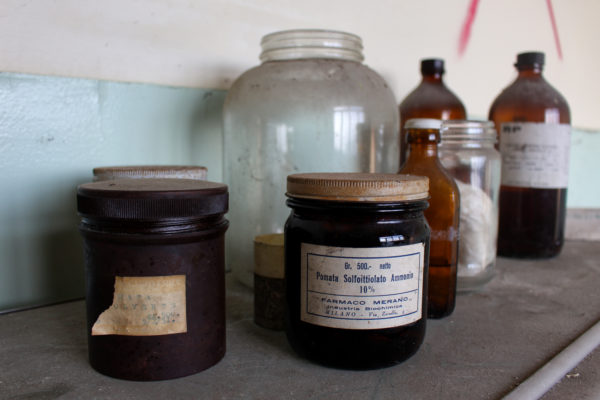 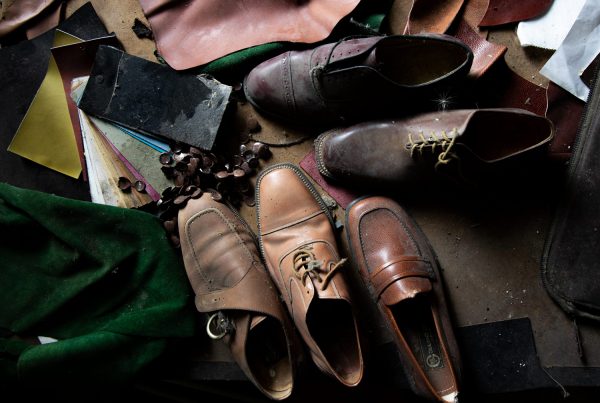