We are in 1400, when a young shepherdess while she was looking after her sheep all happy in the hills had a vision.
The Madonna della Quercia appeared to her.
And Our Lady asked the young woman to have a church built in her name to pray to her son.

In the village they built a small church with its convent, but after a few years the priests abandoned it.

They have kept the oak and the statue of the Madonna from memory, which are now guarded in the village church. 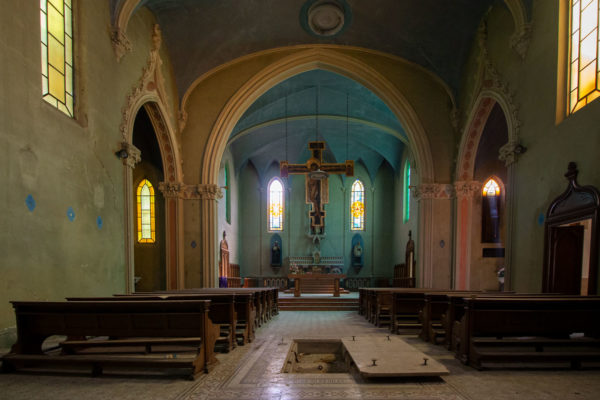 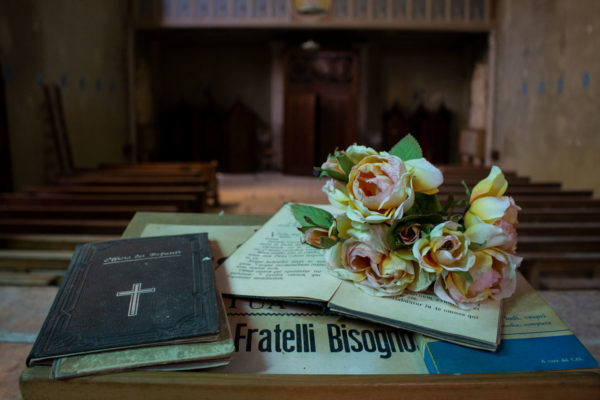 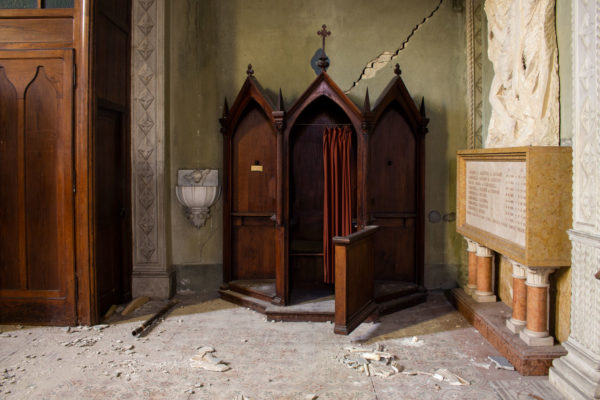 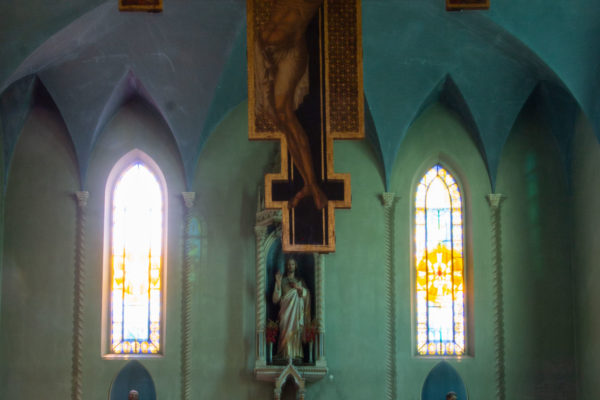 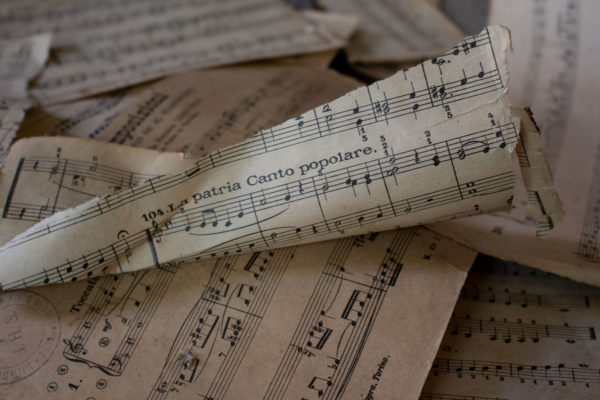 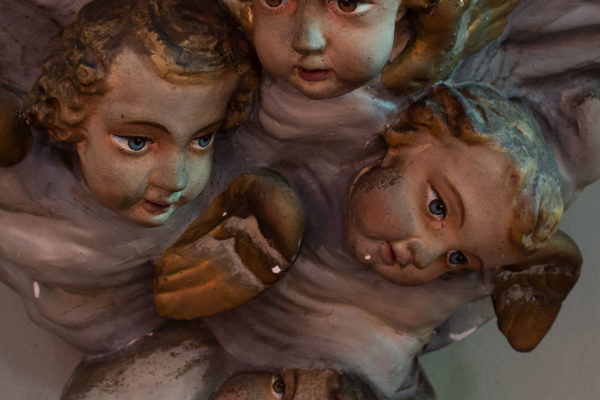 But the history of the Blue Church is only at the beginning.
We are in the 30s, when work began to create a decidedly large structure with our Blue Church inside.

A plaque at its entrance tells us that the construction was possible thanks to donations.

Inhabited by the Jesuit fathers, it began its adventure as a minor seminary, which was later joined by a middle school with boarding school.

Then came the 1980s.
Times had changed and there was a vocation crisis, which is a big problem if you are a Jesuit.
In 1984 they abandoned the structure, which later became the property of the municipality.

In 1986 it became a State Police school, the first in Italy to also host women who wanted to enlist in the weapon.
On 8 September of that year, even the girls were able to wear the blue uniform of the State Police for the first time.

In 1997, it changed its use again, and hosted Albanian refugees on the run. 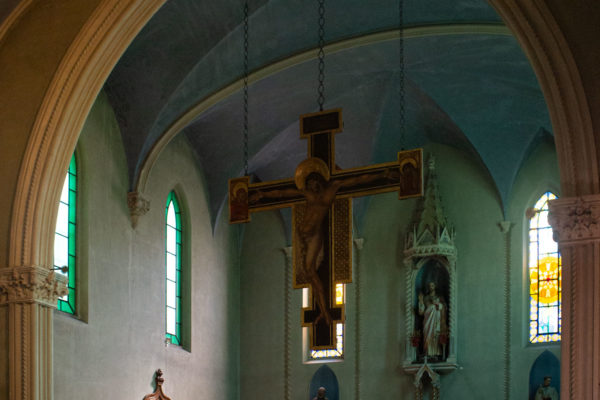 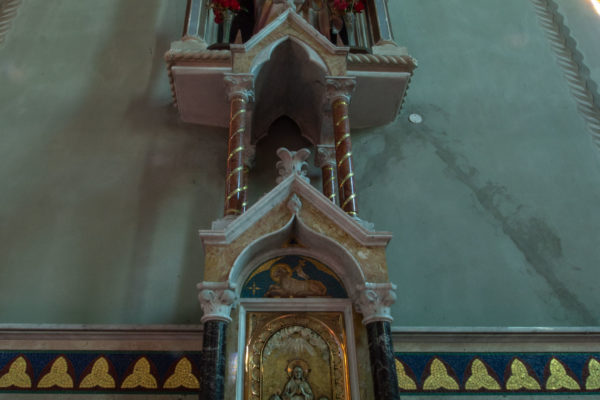 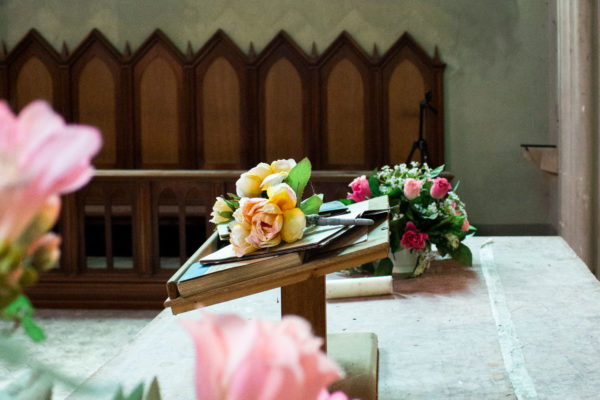 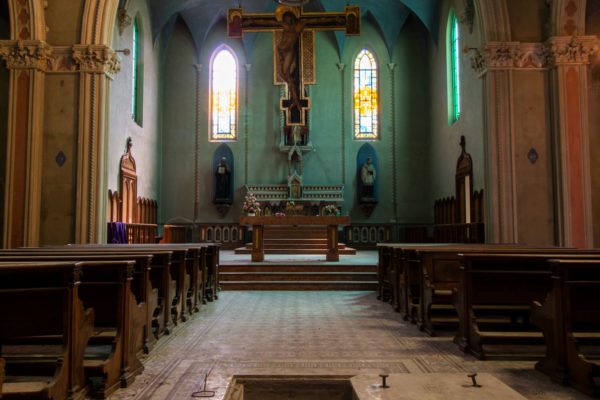 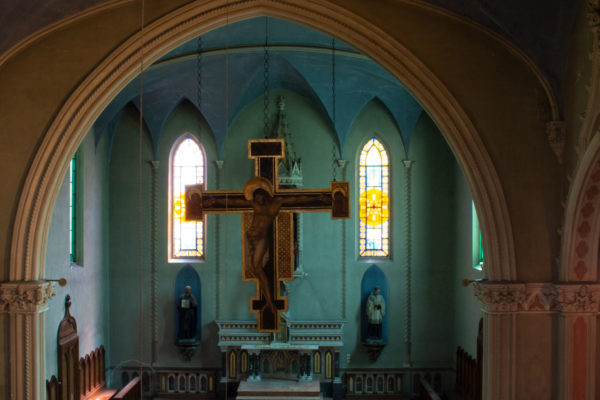 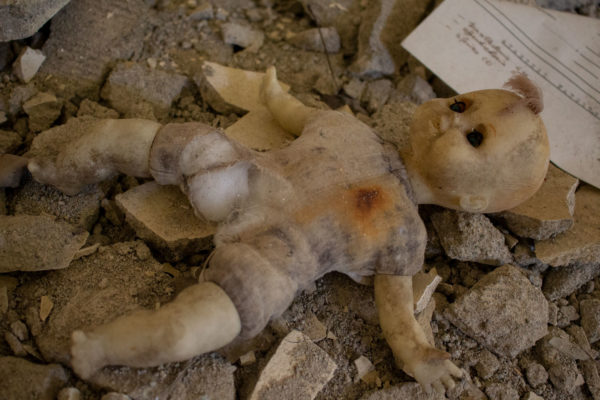 Although over the years it was tried to be used for various projects, no one has been able to save it from abandonment.

The structure as mentioned before is of considerable size, but the part with the greatest charm remains the Blue Church.

Inside the church we have color contrasts between blue and gold, accentuated even more by the rays of the sun that filters through the windows in a game of light that leaves you breathless.

The neat benches, the saints in their cases and a huge crucifix hanging from the ceiling give an unreal aspect to the church.

There is only silence inside and a feeling of expectation.
It will be the suggestion or it will be that the church has never been deconsecrated, but this is among the explorations that have remained in my heart the most.

We were lucky enough to visit this structure when it was not yet well known.

With sadness we can only remember its beauty, because the vandals have completely ruined and violated it.

If you love abandoned churches at this link you can see my explorations. 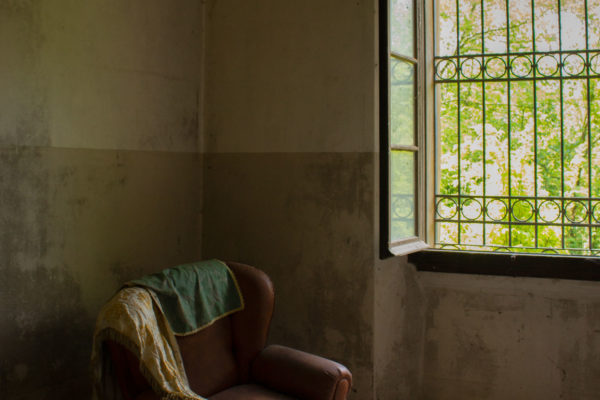 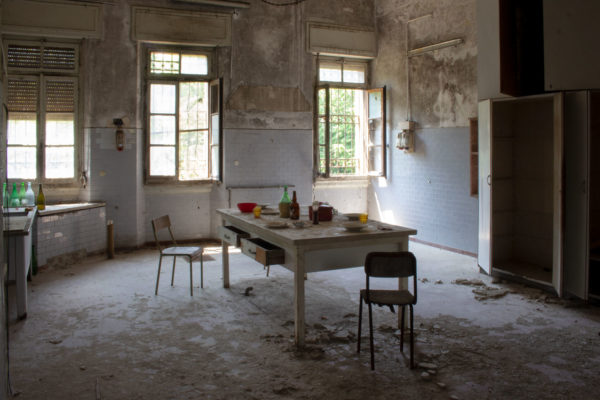 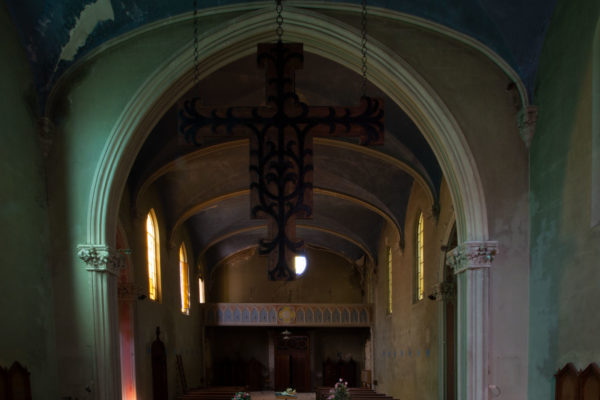 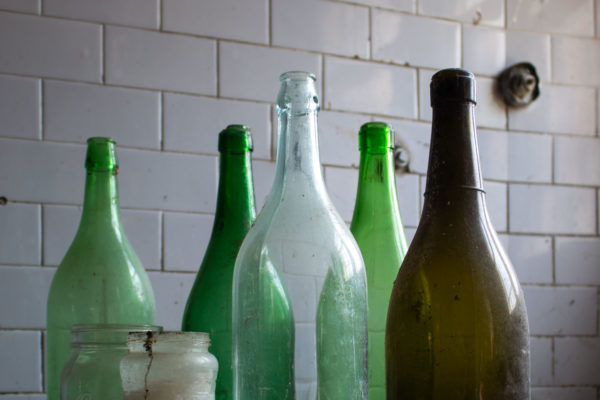 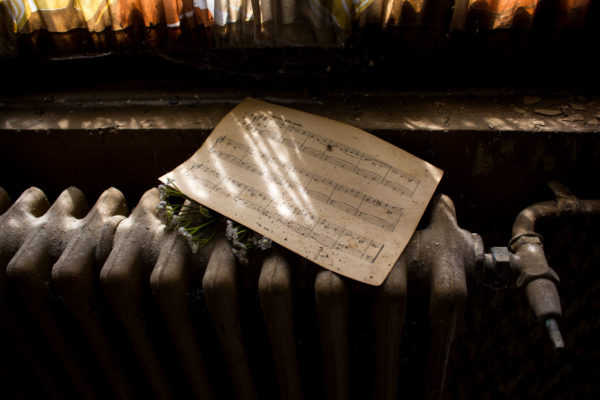 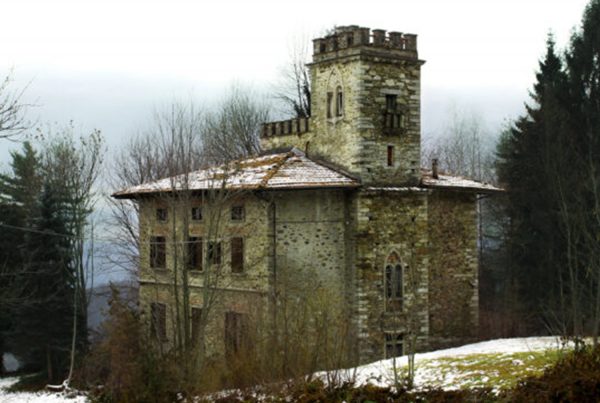 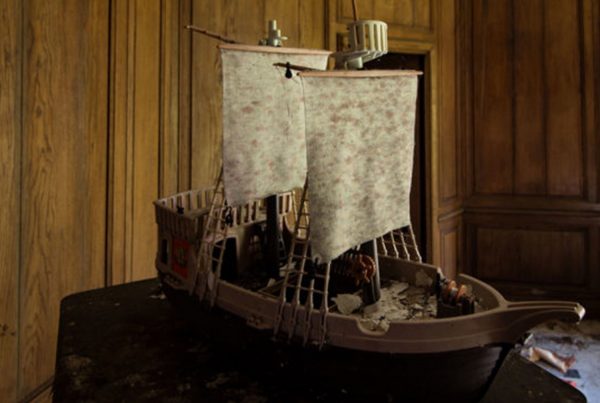 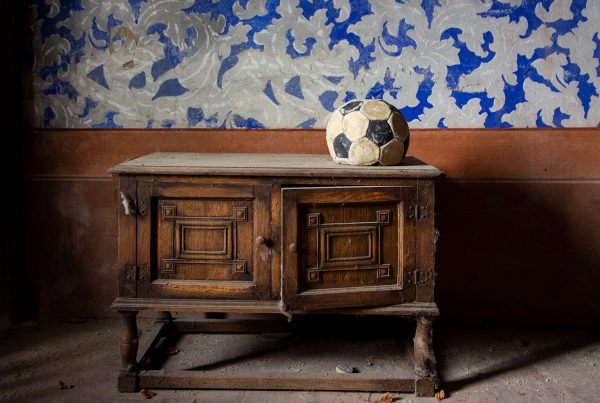 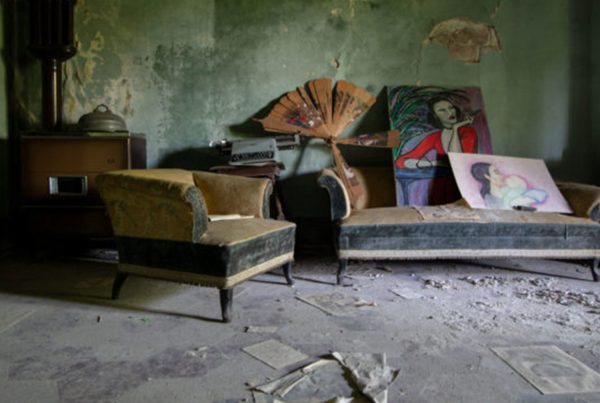